We are pleased to announce that Prime Marine has received the 2018 GREEN4SEA Tanker Operator Award at a prestigious awards ceremony which successfully concluded on March the 6th at the Yacht Club of Greece in Athens, the evening ahead of the GREEN4SEA Conference.

Prime Marine received the 2018 GREEN4SEA Tanker Operator Award, sponsored by ABS, for its various initiatives towards GHG emissions reductions, becoming the first shipping company globally that received from ABS the Assessment letter of a Monitoring Plan for Compliance with the EU MRV Regulation, prepared for vessel M/T Emerald Shiner.

Other short-listed nominees for this category were: AET Tankers, SCF Group, Teekay and Waterfront Shipping.Presenting the award Mr. Elias Kariambas, Director Global Ship Systems Center, ABS, on behalf of the sponsor, said “There can be no doubt that environmental issues are at the top of the shipping industry’s agenda as we are challenged to minimize the environmental impact of our global marine activities and to ensure sustainability for future generations. ABS considers its role to be at the center of the marine environmental arena and as the classification society who issued the EU MRV Assessment Compliance letter, ABS is particularly proud to present this award to Prime Marine.”Accepting the award on behalf of Prime Marine, Mr. Frantzeskos Kontos, Technical Manager – DPA, stated “The close monitoring of the vessels’ performance and the continuous efforts of increasing the operational efficiency led us to install energy saving devices improving propeller efficiency in 16 vessels of our fleet. Also it led us to the advanced painting scheme including silicon and to installation of online performance monitoring and ME diagnostic system onboard our vessels.

All these contributed to develop our own MRV data monitoring and evaluating system.”Prime Marine specializes in shipping oil refined products, including a variety of other liquid products, LPG and Ammonia anywhere in the world in a safe, timely and reliable manner. PRIME’s management team has more than eighty years of combined industry experience having been through a number of cycles. The company’s efforts to sustainability are not limited only to vessel’s performance but also extend to company’s office environmental performance. Being member of Green Angels, Prime became the first shipping company that completes successfully the ISO 14064-1:2012 Verification regarding the GHG emissions (CO2equivalent) related to Office operations.Prime Marine attracted the most votes by the end of the voting period which held online during a 30-days period.

GREEN4SEA Conference & Awards within the scope of awarding environmental excellence and performance above average in any aspect of maritime activity. 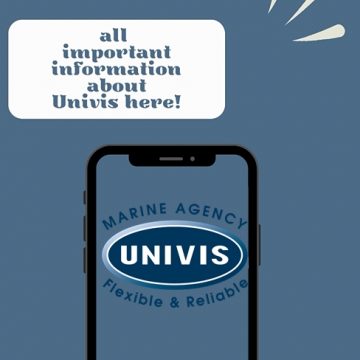 Dear seafarers! Follow us on our official profile in Instagrm to know more about our team, shipowners and all new urgent vacancies ! Find us: univis.ua or by link: https://instagram.com/univis.ua?igshid=YmMyMTA2M2Y= 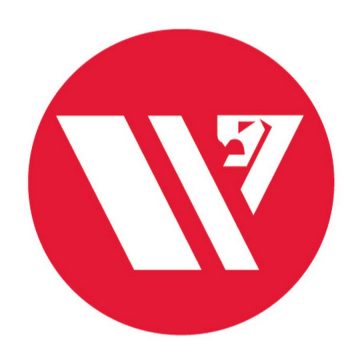 Seaspan Corporation: “We are thrilled to launch the first of ten 15,000 TEU LNG Dual Fuel vessels”

We are thrilled to launch the first of ten 15,000 TEU LNG Dual Fuel vessels that will be joining our fleet through 2023. We are extremely pleased to partner with ZIM Integrated Shipping Services on this industry leading environmental initiative. This is an important milestone in demonstrating our commitment to ESG principles, carbon reduction, and […] 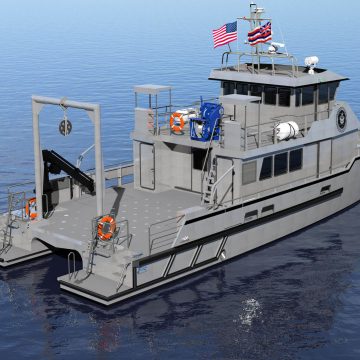 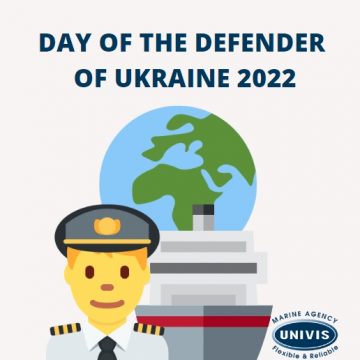 Happy Day of the Defenfer of Ukraine 2022!

Happy Day of the Defender of Ukraine! Univis LTD Team 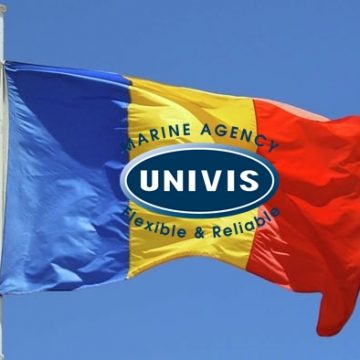 Our office in Romania

Dear seafarers! We continue our work and provide support to our seafarers, who are now on vessels and on their way to Ukraine. We are pleased to announce that our office works in Constanta, Romania We will be glad to see you in our office: Strada Călărași street, 36, 1st floor Our contact number: + 40 […] 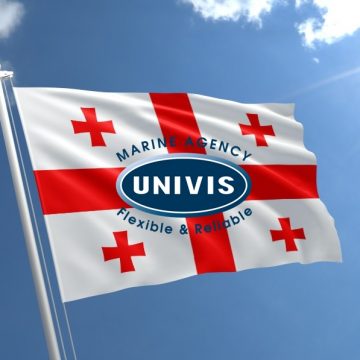 Our office in Georgia

Dear seafarers! We continue our work and provide support to our seafarers, who are now on vessels and on their way to Ukraine. We are pleased to announce that our office is open in Batumi! We will be glad to see you in our office at Zurab Gorgiladze str.,3 / 6010, Batumi Our contact number: […]

Sorry, this entry is only available in Russian and Ukrainian. 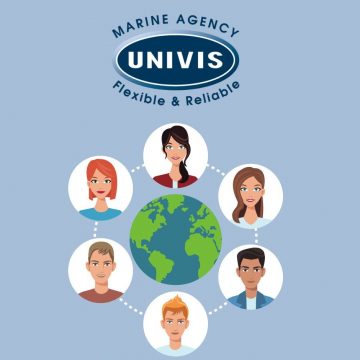 Today we work in 4 countries of the world: Ukraine, Georgia, Greece and Romania! Our priority is the quality of work for our clients and seafarers, therefore, in connection with the expansion, we need employees with experience. The crewing company “Univis LTD” requires an assistant crewing manager and a crewing operator with experience in crewing. […] 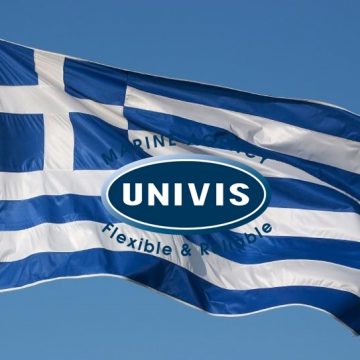 Our office in Greece

Dear seafarers! We continue our work and provide support to our seafarers, who are now on vessels and on their way to Ukraine. We are pleased to announce that our office works in Athens We will be glad to see you in our office at Greece, 18535, Piraeus(Athens), Filonos street, 107-109 Our contact number: +30 210 417 […]